15 Sept 2018 Kent, WA – September racing in the northwest can be anywhere from a sunny and 80-degree day or 50 degrees and rain or anything in-between. Last year it was high overcast skies and a completed race – this year though “Mother Nature and Murphy” had other plans.

The driver’s meeting finished and it was off to time trials for the four classes set for this event. Nearing a dozen passes into time trials the drops on the windshields began, not a downpour, not even really rain but just enough to make a prepped track un-raceable.

To all just enough to irritate those using the dragstrip and car show entries grabbing their shammies to get rid of it. Such is the waiting game with “Mother Nature”.
With a break in the rain and the track dry though it is now only 1/8th mi. race due to safety then that partner to “Mother Nature” reared its ugly head on the first pair down the track with the left lane dropping rear end parts on the starting line. It was a mad scramble to clean the mess and get back to time trials as the window of no rain was closing in on the area.

A great job by the track crew in dealing with the “Murphy’s Law” portion of the day in the cleanup but to no avail as the rain returned and ruined all the good work to get back to racing to all but the Cornwell Tools trucks as three pair took a trip down the track and had to be a highlight for the drivers.

Let’s hope the weather next year is on the better side and the cohorts that invaded the event stay away.

Images are now available – click here to go to the photo album.

Combining the drags with a car show brought some very fine stock and customized machinery that GM has produced over the years. You really could spend hours walking the rows in the car show area taking in what the owners have brought for you to take in and photograph.

Lots of great GM imagery is now available – check out the photo album by clicking here. As always thanks for all your support and purchases!!!!

Ending the day on the dragstrip broke away from the all GM as a very new Maserati up from California made a pass down the track as these winners picked up their trophies: 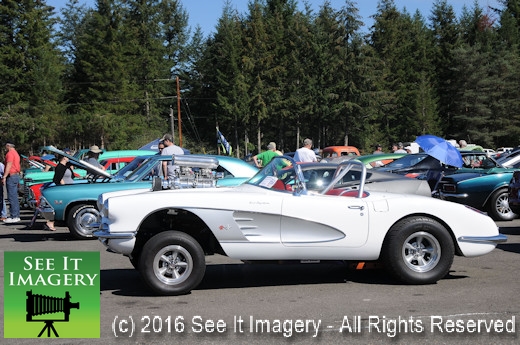 10 Sept 2016 Kent, WA – Bringing out all things GM to a car show and drag racing will see combinations from mild too wild. Pure joy fresh off the dealer lot and those from the owner’s garages. 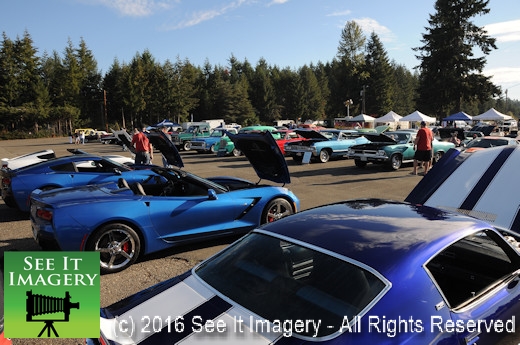 If you can think it, you can do it with a GM block or body. Bring it to the GM Nationals and they will have a class it will fit into, drag or show with very nice trophies for the winners. Toss into the mix a nostalgia dragster, a fine looking pro mod and a newly built funny car making passes down the dragstrip, and you have a great day! 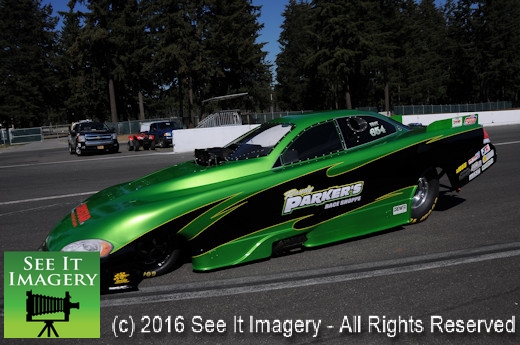 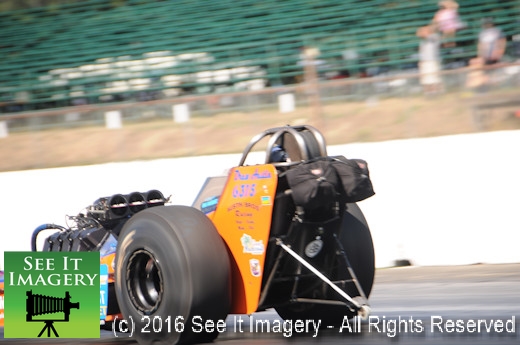 It was even better than last year and everyone is looking forward to a better next year.

The event photos are now posted online, and are available – click here to go to the photo album.

Those picking up the trophies are Jim Mabry in Electronics and a very elated Frank Rhodes in Hot Rod while Candy Caldwell got the win in Street DOT and driving his Silverado to the win in LS/LT. 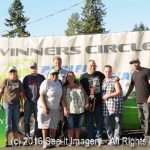 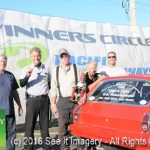 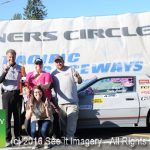 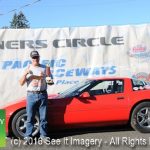 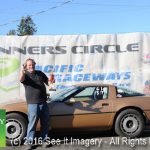 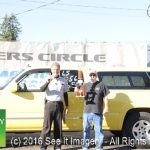 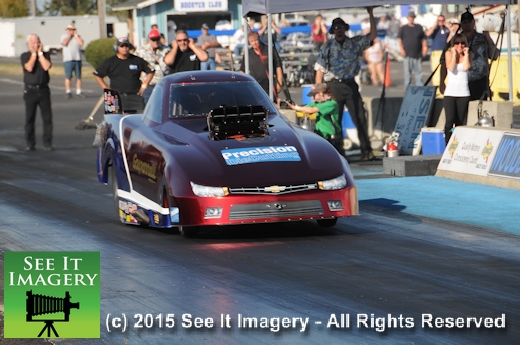 21 Sep 2015 Kent, WA & Woodburn, OR – Two states at two tracks and three completely different events. It all started Friday in Woodburn, Oregon for the first day of the last NHRA LORDS for Division 6 race for 2015. 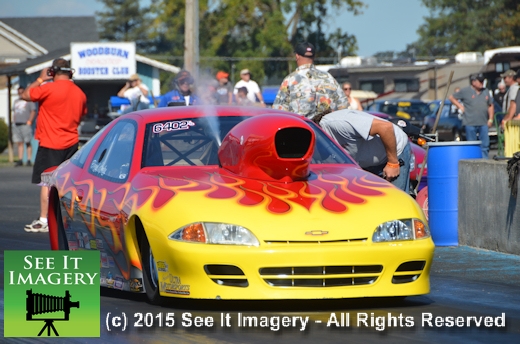 Fog surrounded the track but left the track bathed in sunlight for great racing conditions. It is always great to see those who take part in the divisional events as the yearly visit to Pacific Raceways is the normal and Woodburn is a treat. Now working with Breann to expose her to the other tracks in the northwest and expand her natural talents was great to watch, she says thanks for teaching but you cannot teach what comes naturally.  Have to also say thanks to Jay and Joey for their help and to the Division 6 crew as it is always fun around them. 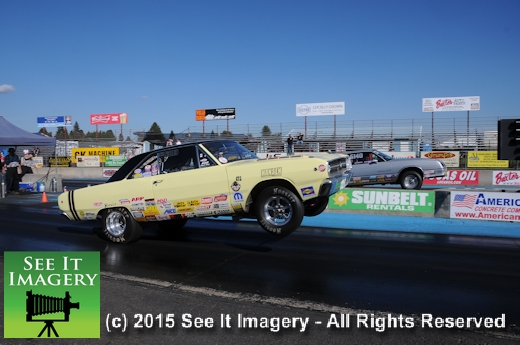 For Event Folder with Two Albums For 2015 LODRS at Woodburn – Click Here.

It was back to Pacific Raceways for the GM Nationals on Saturday. If you had GM anywhere on your ride it is fair game for this event, held yearly at Pacific Raceways.   The car show and drags make the day as the custom and pure original GM rides are showcased for each. 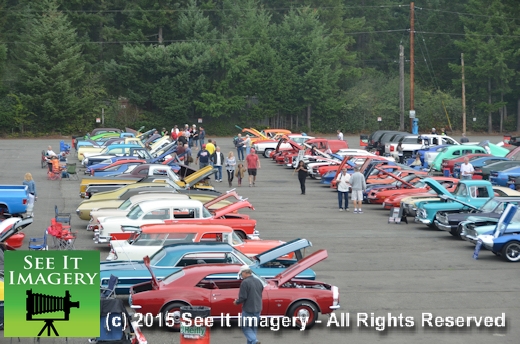 Overcast skies but warm for this time of year made for happy faces sitting watching from the stands or walking the car show. Back where she is happiest Breann went about what she loves to do, create with a camera and getting it to see what she is at that moment seeing. She does amaze me with her creativeness as she is getting more exposure with the camera. 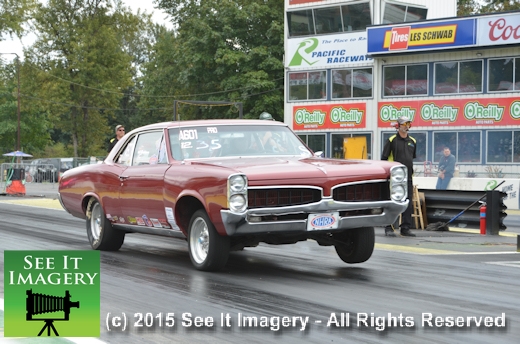 The four classes drew nearly 120 competitors to the strip for a run at the trophy and of course bragging rights for their GM Nationals win.
Six rounds in Hot Rod saw Robert Steffen go closer to his dial to edge John Schwaller. In the Street DOT class Eric Brittion got the win over Pacific’s HS champ Patrick FioRito. Running too quick in the Electronics class Josh Hughes added another win to Fast Freddy Hoffman and his vast collection of hardware from Pacific/SIR.  A much better reaction time put Rich Chase in the winner’s circle over Bill Sallia in LS/LT class.  T was a great day all around as the growth of the event keeps growing as the word spreads. 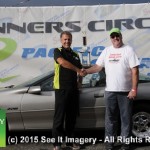 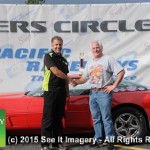 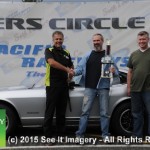 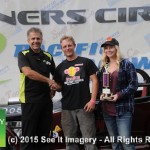 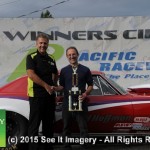 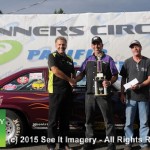 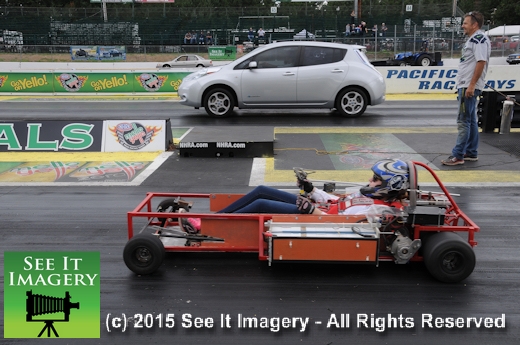 Ending the 3 events weekend was the Silent Thunder event – is as it says “silent”. Though not quite true as these electric powered cars can do a tire smoking burnouts and the “guttural” sound the cars hit the power is very distinctive.

I had never heard a Tesla on the streets punch the power but the traction grip that the dragstrip crew provides for all races has to really test these power plants. Are these the highest powered electric cars moving up in the world? The improvements that have been made and the innovations of others may prove to be on the right track for the future.

2015 Silent Thunder Images are now available – to go to the album, click here.

Doing this event solo but with Breann on site working the social media aspect completed three days and three totally different events for a change from the norm and the smile I ended with trying something and seeing the what the student is teaching me.

Images from all three events are now available – we thank you for your continued support and purchases!